The Complexities of Cannabis Breeding

A place to learn about and discuss breeding!
Post Reply
2 posts • Page 1 of 1

The Complexities of Cannabis Breeding

During my career, I’ve been fortunate to know many plant breeders. As a graduate student, I rubbed elbows with flower, vegetable and fruit breeders (and was on tasting panels when the Honeycrisp apple was developed—my very minor contribution to the development of a great apple).

Working with PanAmerican Seed, Ball FloraPlant and Syngenta Flowers, I got to hang out with talented plant breeders developing petunias and snapdragons and geraniums and angelonias and chrysanthemums and so many more plants that brighten our lives. However, when it comes to plant breeding, the cannabis world is different, as it is in so many ways.

Cannabis “breeding” in its simplest form has been going on for millennia. We humans have developed cannabis to suit our purposes. Some cannabis grows very tall with long, strong fibers for rope, paper, canvas, etc. The word “canvas” is derived from the Latin word cannabis or Greek kannabis. Cannabis (hemp) was the first plant humans cultivated for fiber, with examples of hemp-based cloth dating to 8000 BCE. Some early hemp farmers no doubt selected the best plants with the best fiber and saved seed for subsequent crops.

Chinese history recounts Emperor Shen Nung, the Father of Chinese medicine, describing cannabis as one of the dominant plants in Chinese medicine as early as 2700 BCE. Native populations of cannabis tend to have low concentrations of THC, so maintaining plants with medicinal THC levels required selection pressure, another simple form of breeding.

These early selection processes, in combination with the environmental pressures of the regions across the globe where cannabis was grown, resulted in a wealth of landraces, which to some degree still exist. However, prohibition and other restrictions were put in place on cannabis cultivation and genetic bottlenecks developed. Whenever genetic resources are limited, the “founder effect” can result in crops with genetic limitations to potential.

For example, during the 1970s and ’80s, limited accessions of Afghani landraces were smuggled to the United States and Europe and used to breed new cannabis cultivars. The breeders at that time were primarily interested in the psychotropic effects of the plant, so the primary objective was enhanced THC content. However, the Afghani landraces had developed in regions with low humidity and were very susceptible to botrytis. Because of the limited introduction of Afghani genetics four decades ago, many of the cannabis cultivars grown today have inherited this undesirable trait.

Another reason for the predominance of traits from Afghani landraces in current cannabis cultivars is that these landraces tended to be shorter and earlier flowering than the often field-grown cultivars that were common at the time. Short stature and early flowering are useful traits for clandestine growing, further cementing the Afghani genetic material in our current cannabis cultivars.

When selecting for cannabinoids, most breeders could only select for THC, since it can be detected by a human “assay” (smoking the plant). Other cannabinoids require lab equipment for accurate analysis. As the importance of other cannabinoids becomes more evident, breeders have incorporated lab assays for conscious development of cannabis rich in anti-inflammatory cannabidiol (CBD), as well as other cannabinoids.

Plant breeding—as we normally think of it, with directed crosses, population evaluation, back crossing, etc.—isn’t easy in cannabis. One of the steps taken in plant breeding is self-pollination (selfing) to fix desired traits. Cannabis plants are predominantly dioecious, meaning male flowers and female flowers are on separate plants. Selfing requires special treatment to induce male flowers on plants that would otherwise be female.

The diversity of cannabis strains (cultivars) that are available today are a testament to the efforts of hundreds, if not thousands, of small-scale cannabis breeders. Many, many individuals working on individually small-scale breeding programs have collectively made significant improvement.

Cannabis breeders often knowingly or unknowingly use breeding techniques that increase heterosis (hybrid vigor). Heterosis results from crossing dissimilar cannabis cultivars. Hybrid vigor is generally a positive thing—fast growth and bigger plants. The downside of this approach is that unless efforts are made to create relatively inbred parents, the resulting seeds from a cross have significant genetic differences from one seed to another.

Cannabis cultivars/strains are sometimes named after the female parent, sometimes without considering the male parent. This has led to cultivars with the same name yet different genetics. The effort required to develop a cultivar that comes reasonably true to type from seed is beyond the scope of most cannabis breeders, although some breeders have made the effort. For example, the development of the cultivar Skunk No. 1 reportedly involved nine generations and growing tens of thousands of plants to make selections.

A Honeycrisp apple has the same genetics, whether purchased in Minnesota or Oregon or New Zealand. In contrast, not all cannabis with the same cultivar name is necessarily genetically identical. However, with legalization increasing across the world, cannabis breeders are getting more opportunities to practice their craft. Cannabis breeders, especially those outside the United States, are incorporating not only traditional breeding techniques, but also molecular techniques to improve cannabis, just like breeders do with petunias, snapdragons or even apples. GT

Dr. Brian Corr is a consultant with more than four decades of experience in the greenhouse industry. He has advised legal cannabis producers for the last three years. You can reach him at Brian.Corr@SycamoreHortConsulting.com.
So many strains, so little time...
Top

Stabilizing cannabis Procedures to stabilize cannabis strains are poorly understood, even by breeders producing commercial strains. Stability refers to the variability and predictability found in the offspring of a parent generation: when a strain is unstable, variability will be high and predictability low; with a stable strain, the reverse is true.

Variability in this case refers to the range of different phenotypes that will express when hybridizing two different strains; predictability refers to the expected distribution ratio of the different phenotypes. When crossing stable parents, Mendelian inheritance dictates that: 50% of the offspring will resemble both parents equally, 25% will express traits closer to the mother and 25% closer to the father.

Usually, breeders will stabilise a strain over several generations. First, a healthy mother and father are selected, and bred to produce hybrid offspring that will be of varying predictability depending on parent stability. Hence, if the mother and father are both considered stable, their offspring would be expected to express three phenotypes as outlined above.

It is important to note that ‘stable’ does not equate to ‘true-breeding’. A true-breeding strain is one that will produce consistent offspring of one dominant phenotype (with few to no specimens unlike their siblings); in cannabis, these are usually found among the landraces and traditional cultivars. Further, breeders may use the term true-breeding to refer to single traits that will always recur (such as purpling or webbed leaves), rather than for overall phenotypic expression. 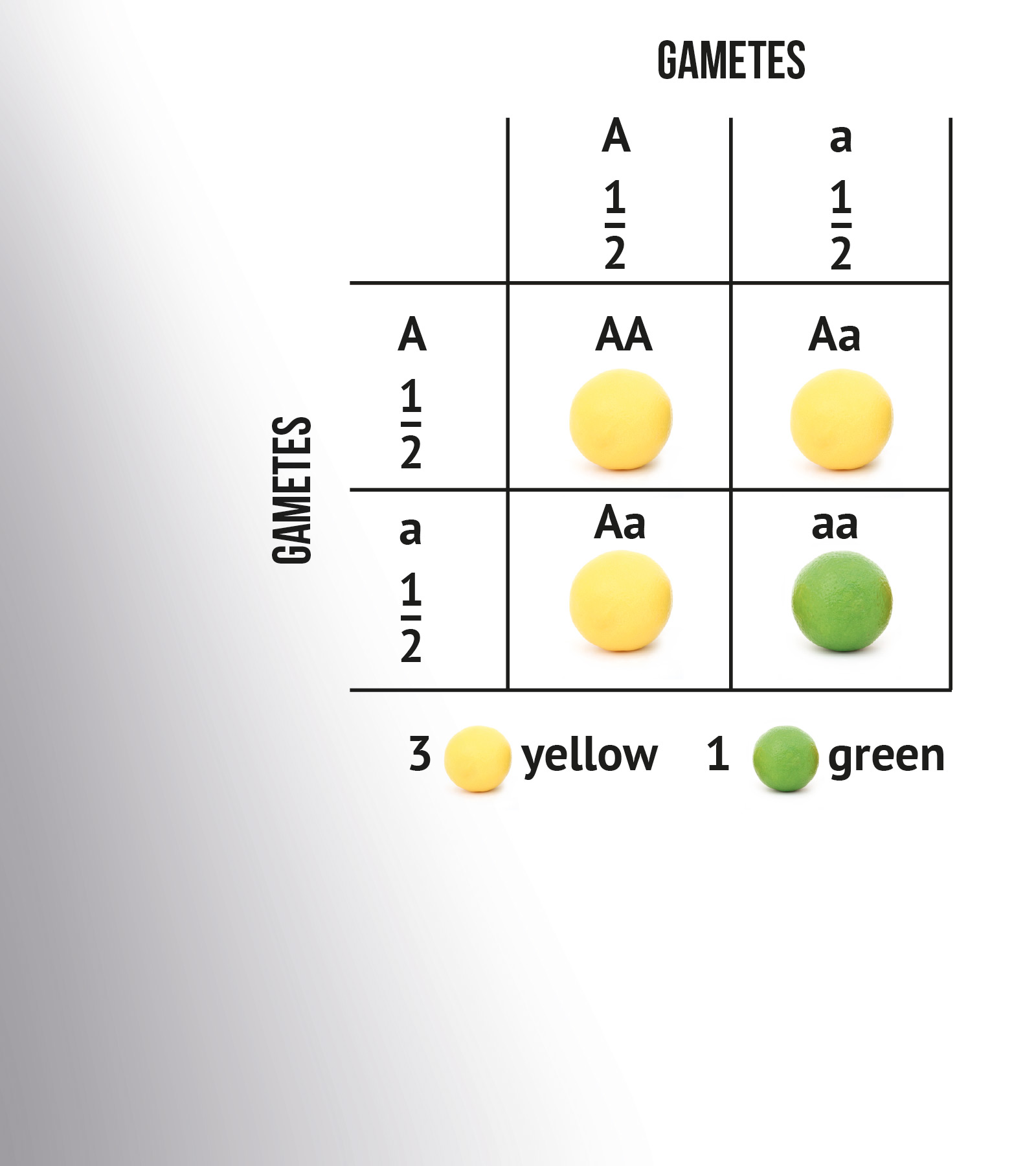 Stable parents usually produce predictable, homozygous offspring, although with a greater degree of variation than found in true-breeding strains. However, if one or more parents is unstable, crossing them together results in a range of heterozygous offspring that can express any number of unpredictable traits, and which will not correspond to predictable Mendelian ratios.

The traits that are dominant in each parent are recombined to provide the genetic basis for the next generation. The initial crossing of two unrelated parents is known as the filial-1 (f1) hybrid. Usually, the best examples of the f1 hybrids will be crossed to produce the f2 generation, which is usually even more unstable than the f1.

With several generations of crossing together brothers and sisters from the same parents—selecting on the basis of desirable traits—a greater degree of consistency and therefore predictability can be achieved. Desired traits become dominant and will always appear, while undesirable traits are gradually eliminated from the gene pool and are no longer expressed.

For some traits, back-crossing plants to previous generations allows traits to become stabilised more quickly. Many breeders erroneously believe that some degree of back-crossing is necessary to stabilise any strain, but in reality this technique is only required for certain characteristics.
Inbreeding depression

After crossing and possibly back-crossing for several generations, the desired traits should begin to express in all individuals. However, after many generations of essentially limiting and reducing the gene pool so that only desired traits express, the resulting paucity of genetic material can lead to a level of inbreeding that is detrimental to the overall health and sustainability of the strain. 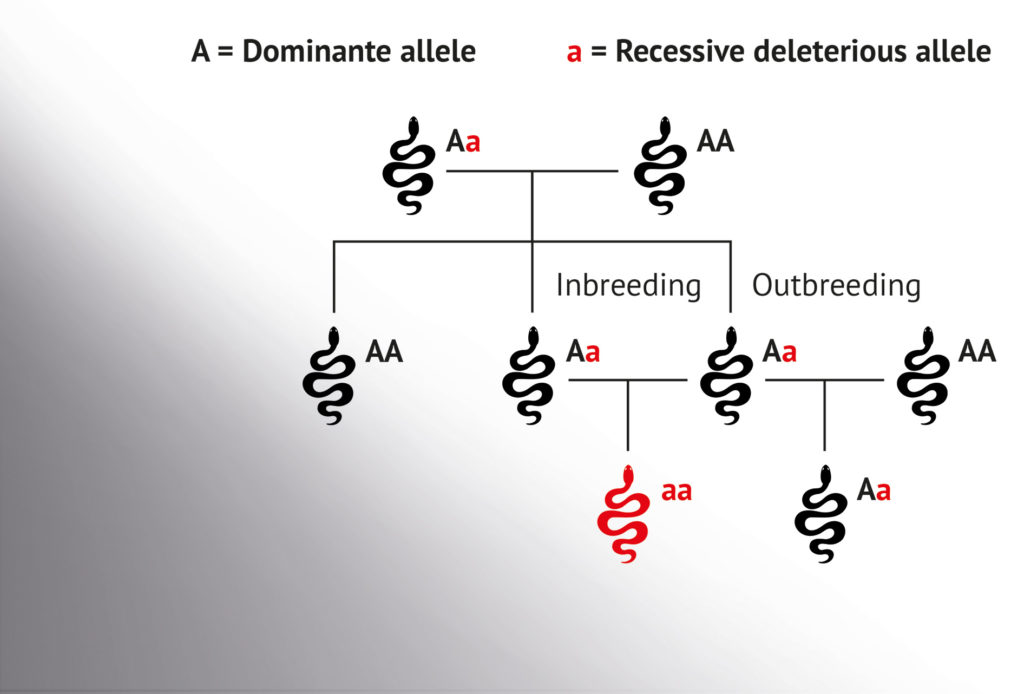 Put simply, if two related parents both carry the same recessive allele, which happens to be defective or otherwise deleterious, the chances of two identical copies passing to the offspring are far higher than with unrelated parents. If two individuals carrying these faulty alleles then breed with each other, the undesirable trait will be dominant and breed true in all subsequent generations of the lineage.

For this reason, when strains begin to experience such severe inbreeding (known as inbreeding depression), it is common to introduce a new, unrelated father in a process known as outbreeding.

Inbreeding depression will occur more slowly if there is an abundance of genetic material from which to form new offspring. Therefore, with smaller population sizes, inbreeding depression can occur rapidly. This is especially common in countries with a strong cannabis-using culture that have not decriminalised the means of production, such as the Netherlands where small libraries are maintained due to risk of discovery.